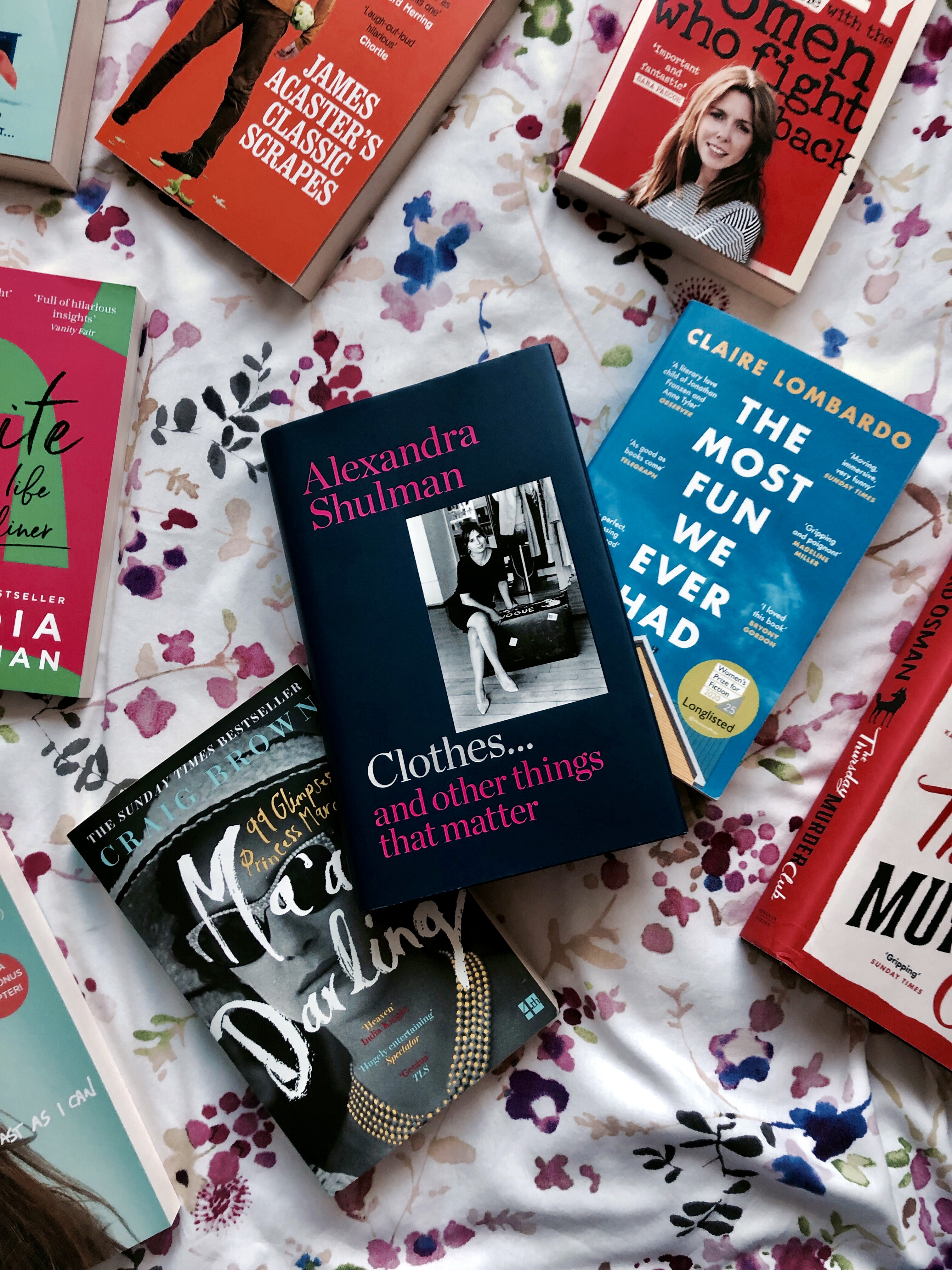 Clothes… and Other Things That Matter by Alexandra Shulman – 4 stars

A memoir by the ex-editor-in-chief of British Vogue, structured by different items of clothing – each chapter explores a different staple piece in her wardrobe, and zooms out to write about its relevance to a certain memory or event in her life. A very clever and unique concept written by a remarkable woman.

The Most Fun We Ever Had by Claire Lombardo – 4 stars

This is one long paperback novel, centred around an American family with four grown up daughters trying to find their place in the world. Lots of family drama, with flashbacks that gave me This Is Us (if it was a novel) vibes. The flashbacks worked very well to explain why the daughters grew up to be the women they became, creating three-dimensional characters, but I enjoyed the parents’ storyline the most. 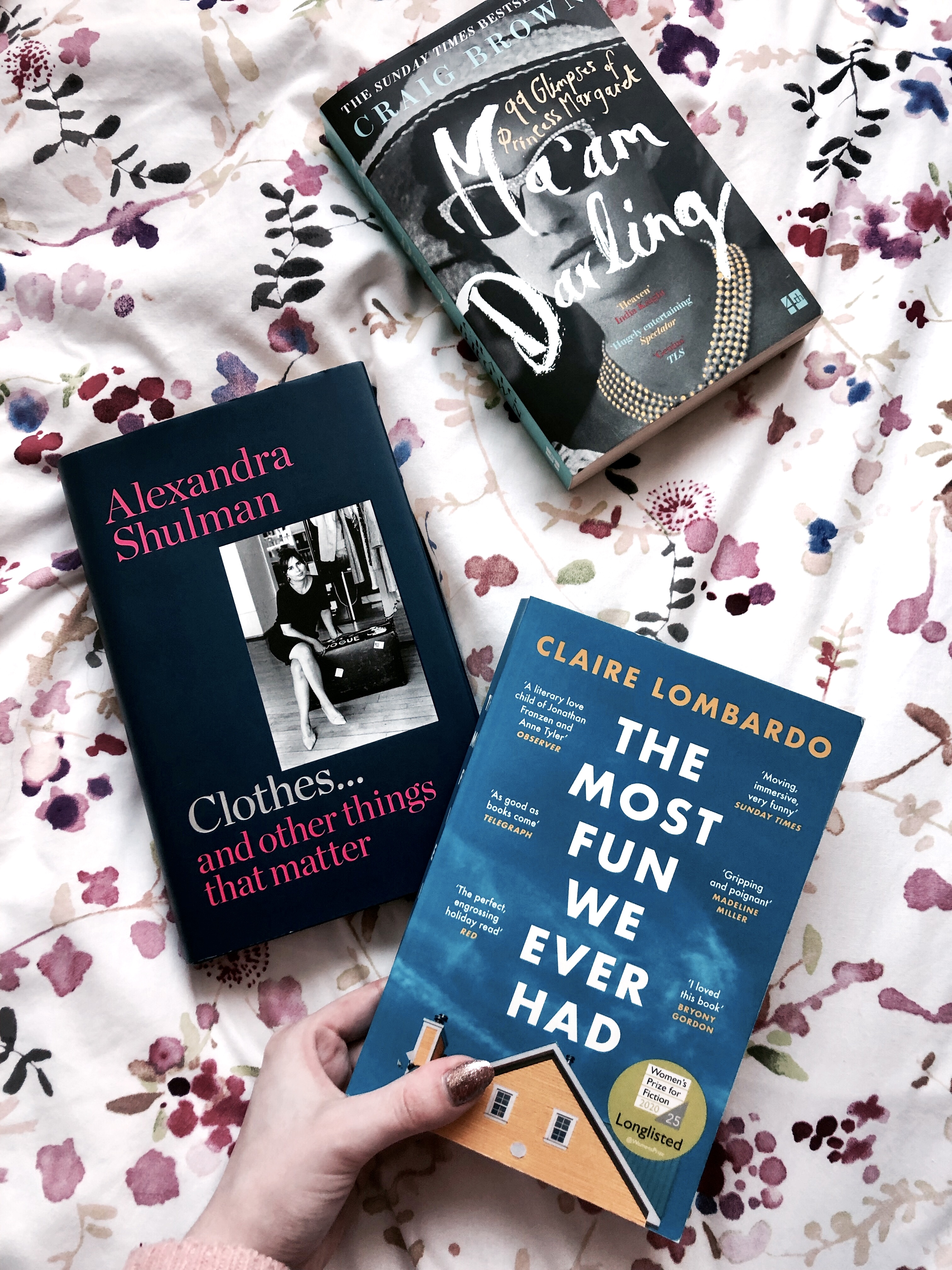 My first read of Mhairi McFarlane’s work, and a great first impression! Eve still hasn’t moved on from Ed, who she fell in love with when she was eighteen and is now best friends with in her thirties, with him none the wiser. One night their lives change forever and a web of secrets unravels. The novel is packed full of plot twists, none of which I expected, and McFarlane did a great job of creating a very likeable protagonist and interesting supporting characters.

Nora Seed finds herself in ‘The Midnight Library’, a place you arrive at close to death with an infinite number of possibilities to live out, where her life changes with each little decision altered. A very unique concept for a novel, albeit a little flawed if you think too much into it, but the short snappy chapters kept me reading and reading, and the novel’s message about regretting what you didn’t do, and simply living, is one to take forward. 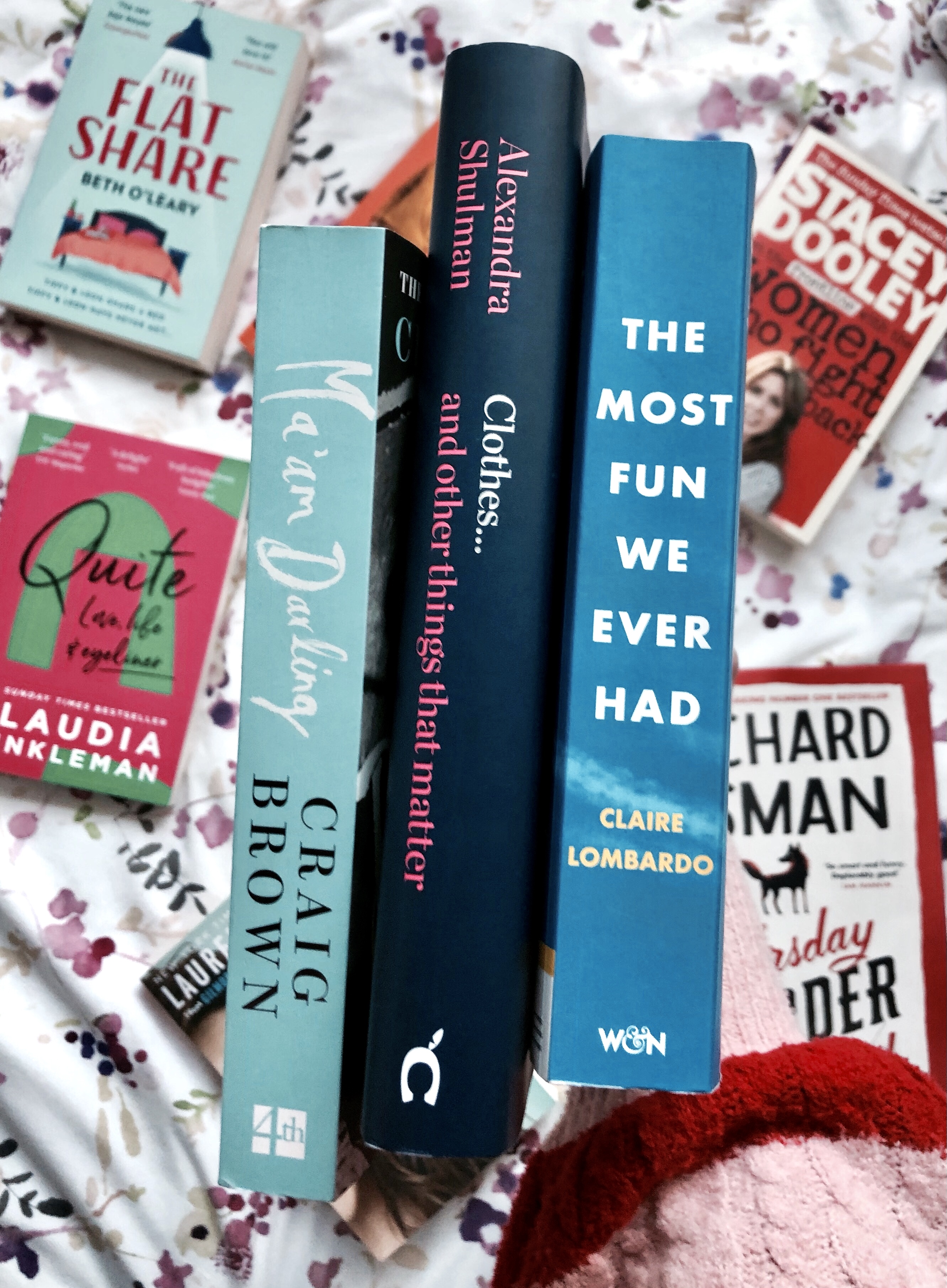 99 glimpses into the life of Princess Margaret; a book which really excited me to read but unfortunately did not live up to my hopes. Structured in a confusing, non-chronological order made it difficult for me to navigate, and it was so long and gruelling to read that it made me unmotivated to read anything at all for a while.

Evelyn Hugo, Hollywood movie icon turned ageing recluse, is ready to tell her story. But she will only be interviewed by one person, budding journalist Monique Grant. A scandalous novel, a staple of Jenkins Reid’s writing style, but to allow her character to be less defined by her husbands, and more by her own stature as a movie icon, as I imagine is the aim, more focus should have been given to her career.

Put a Wet Paper Towel on it by Lee and Adam Parkinson – 3.5 stars

Insights into life working in a primary school by two teachers with a successful podcast about all things educational – I read this partly to trial out before buying it as a Christmas gift for my best friend (who is training to be a primary school teacher!) and partly because primary schools are inevitably full of hilarious anecdotes and this book is no exception.

Widowed Kate finds herself transported back to her eighteen year old self’s life, on the day she met her husband to be. She knows how he dies, but if she can make him fall in love with her again, can she save him this time round? This novel is written in three parts; part two was my favourite, straight out of a rom-com and absolutely hilarious, but had a little bit of a disappointing and chaotic ending. 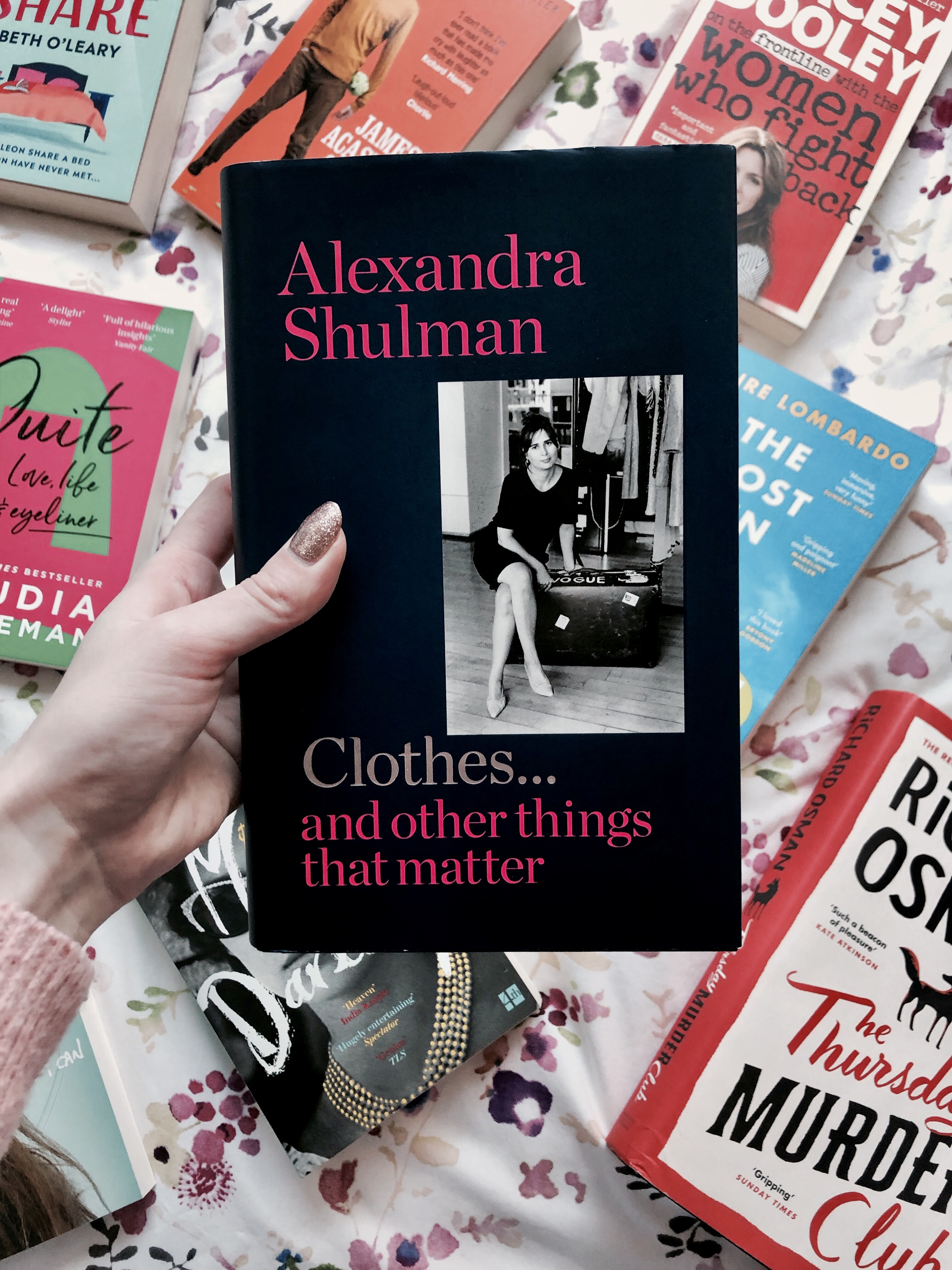 Don’t You Forget About Me by Mhairi McFarlane – 3.5 stars

Georgina has been rotating around different dead-end jobs for ten years, so when she’s fired and catches her boyfriend cheating on her on the same night, she takes the next job offered – working in a pub run by her first love. The problem: he doesn’t seem to remember her at all. I returned to Mhairi McFarlane for my final read of 2021, having enjoyed Last Night so much, but unfortunately these characters simply weren’t as likeable and it took a while to get into!

My target for 2021 was 21 books, which I managed to hit, although my reading habits in the second half of the year were far more sporadic than the first half! Overall, my only 5 star read this year ended up being Rodham by Curtis Sittenfield; I discuss in my earlier post why this is seriously worth the read! However, The Midnight Library is definitely up there as one of my favourite reads this year too, as is Richard Osman’s The Thursday Murder Club. 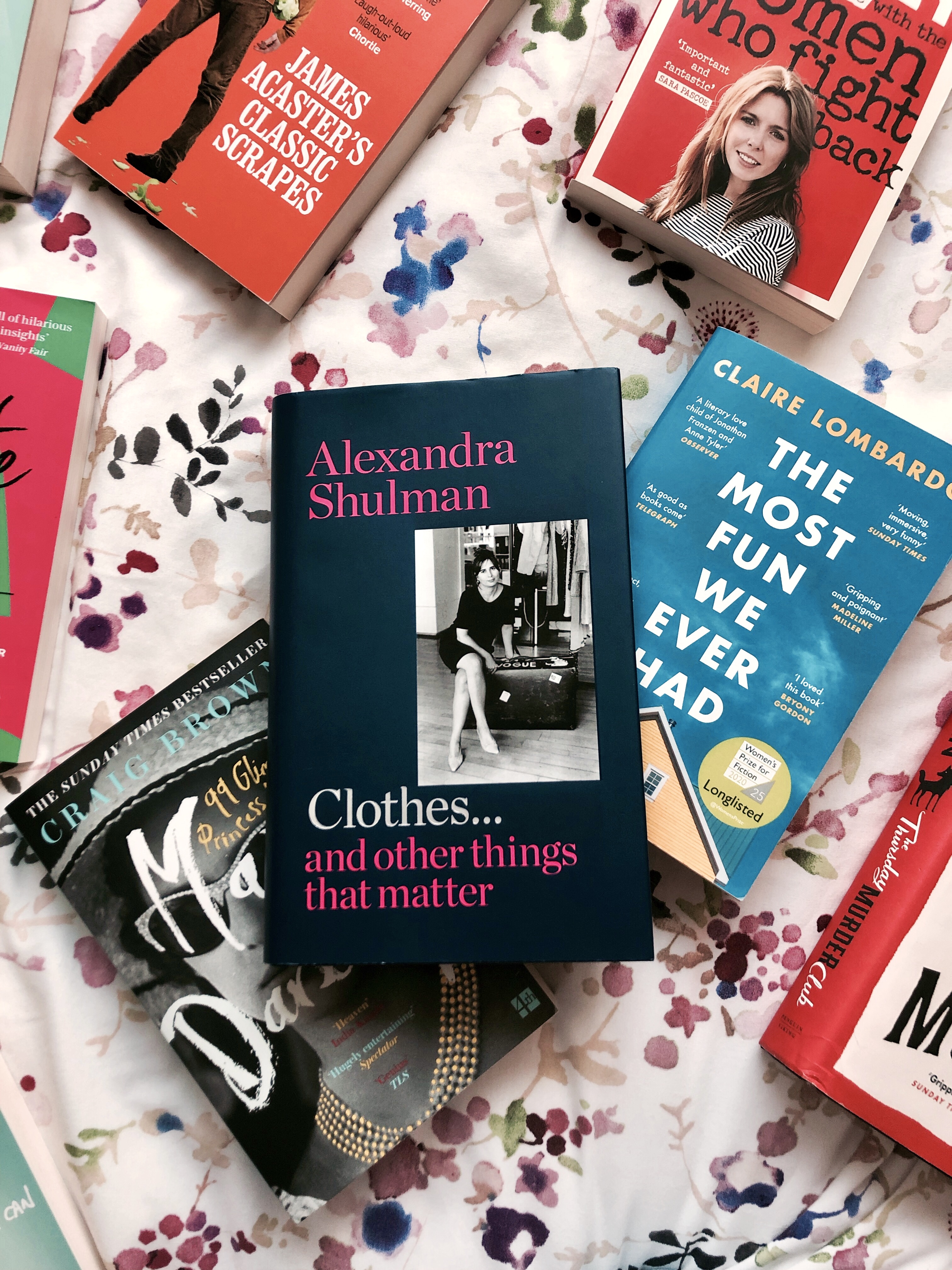 What is your favourite book that you have read this year?