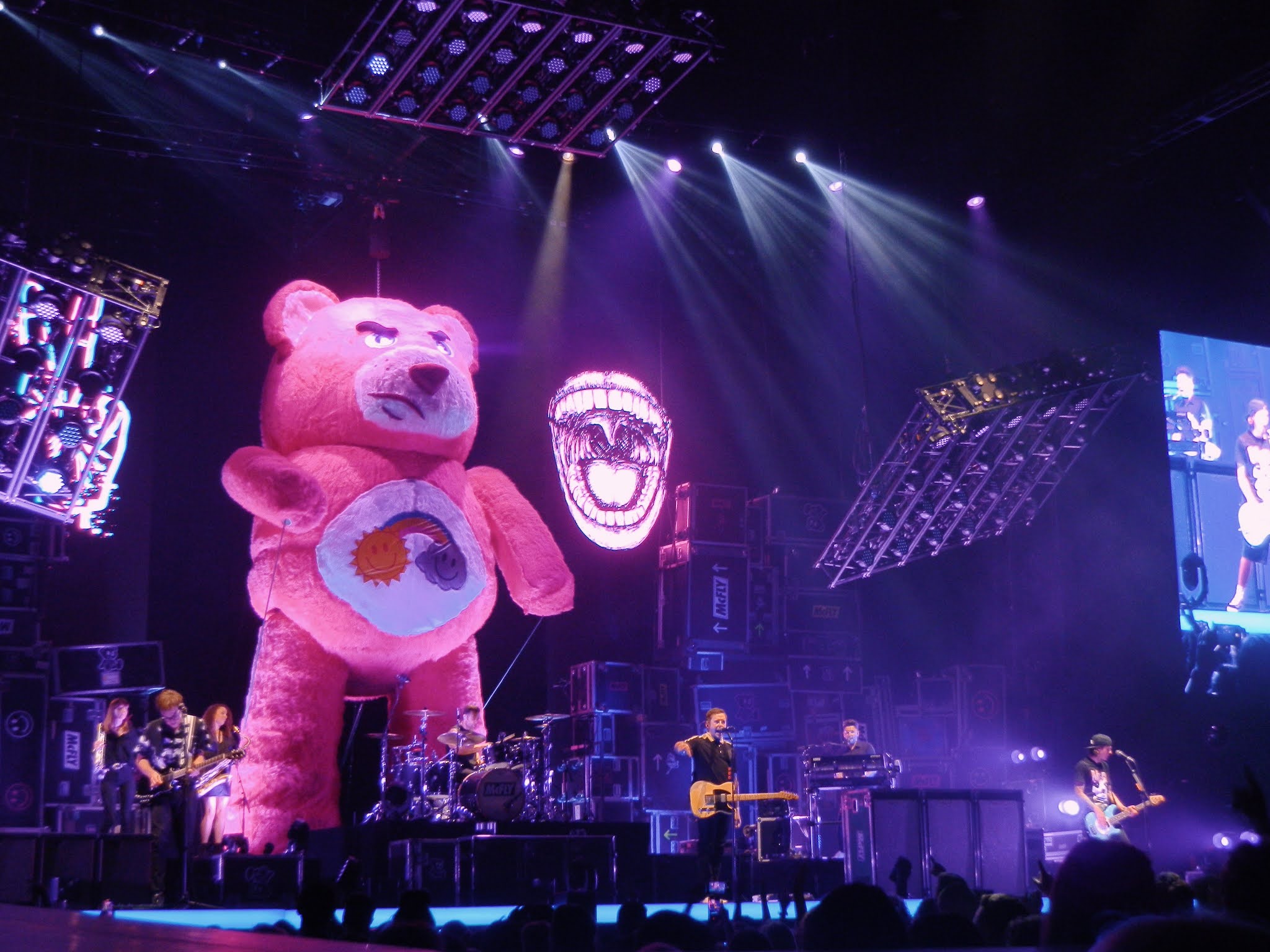 McFly are back. Well, McFly were back two years ago, with the announcement of a tour and new music on the way. And then the tour was postponed. And again. And again. An album release and a Strictly announcement later, it felt like it would never come, but here we are – McFly have officially embarked on their first tour in five years. It’s good to be back.

As usual, I went to their Manchester date, which followed several back to back nights across the country – from London to Newcastle. I’ve been to Manchester arena many times before, but had never had floor seats, so was excited by my seats being block C, row C. McFly’s stage set-up is very unique, with a ramp around a standing section of the audience in the ‘OMFG zone’, and I was just outside of that, next to the ramp. An amazing view, especially of Tom, being on his side, whenever they would come down to the end of the ramp! 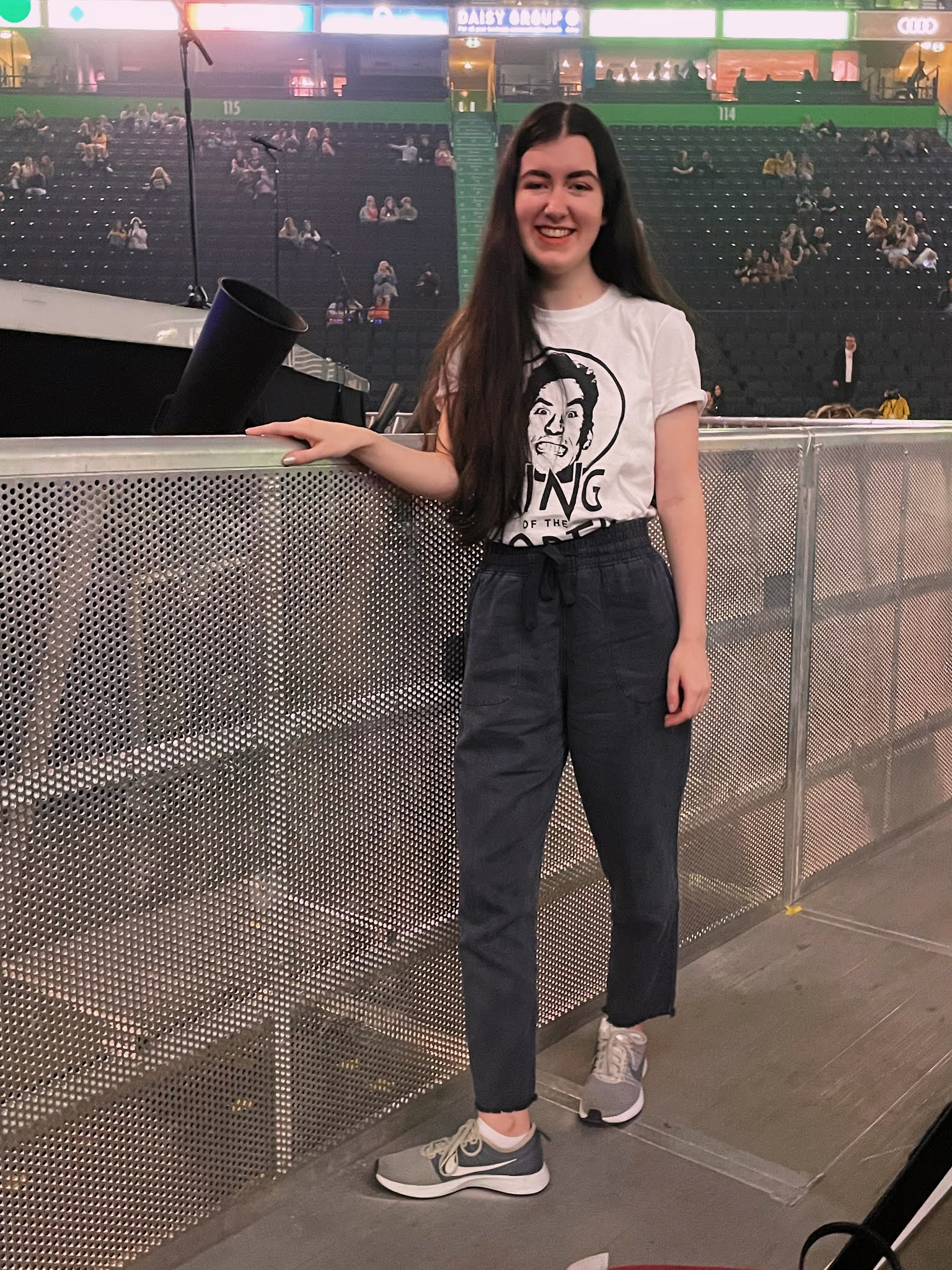 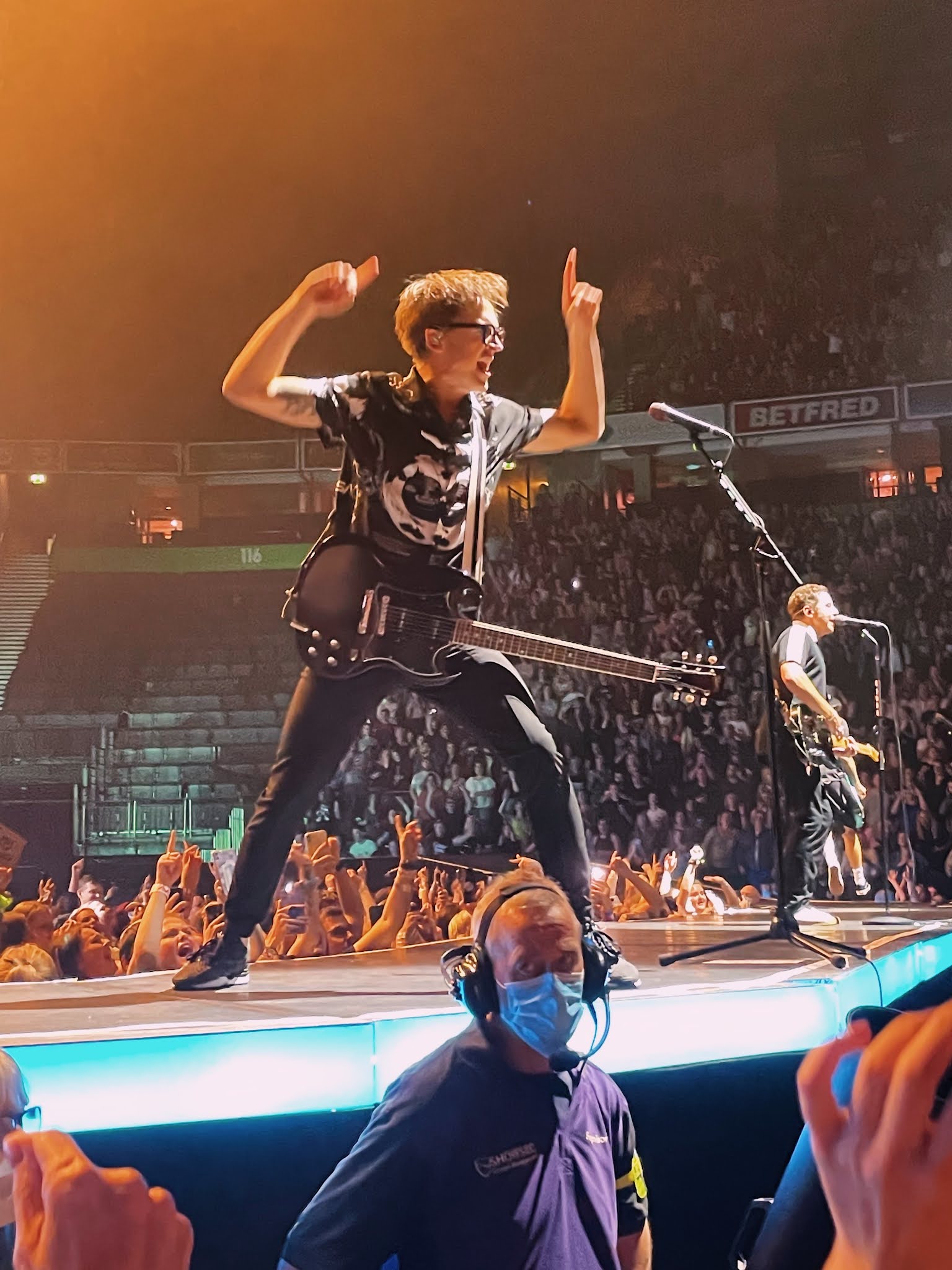 Despite it being the ‘Young Dumb Thrills’ tour, there were plenty of their greatest hits played, which I was very pleased about as a long-time fan. The set began with Star Girl and followed with One For The Radio, the perfect opener to get the crowd up and going.

Fans of the new album were not disappointed as there were plenty of new songs performed, from Happiness and Another Song About Love to one of my favourites on the album, Wild And Young – definitely a great Danny moment, as this was originally one of his solo songs which he performed on his own tour in 2019. He followed this by heading to the B Stage and performing Red, accompanied by plenty of red lights and a microphone hanging from the ceiling. Red was absolutely electric live, just as it was on the Keep Calm and Play Louder tour nine years ago! I only wish they could have played more of the Lost Songs at this tour, as I suspect they would have done if the tour had been able to take place on its original date, before Young Dumb Thrills was recorded. Touch The Rain is one of my all-time favourite McFly songs, and I wish there had been space for it on the setlist! 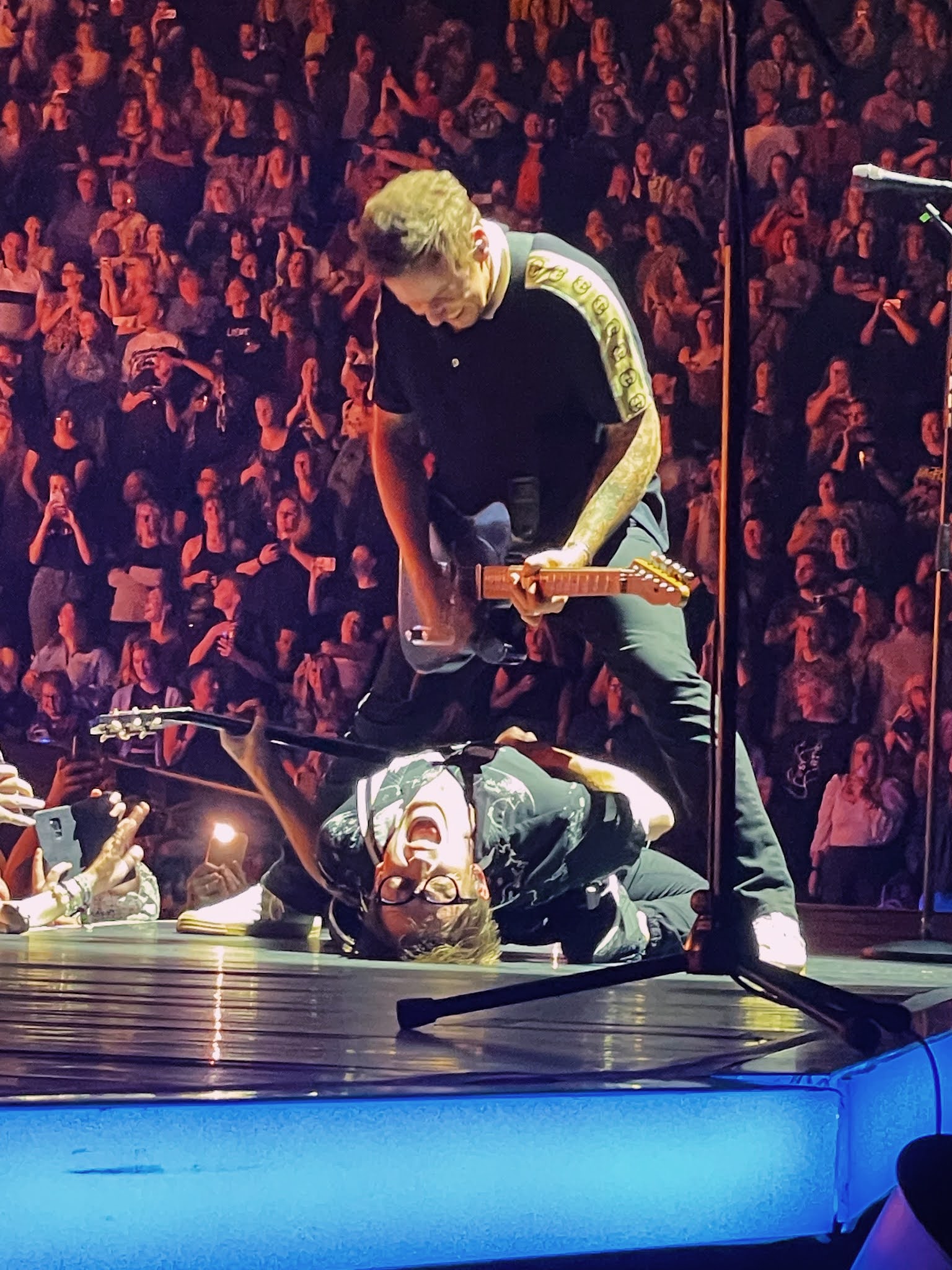 Nonetheless, the setlist was spectacular – highlights for me were Lies, especially with Tom and Danny’s guitar riff at the end of the song, along with Love Is Easy, a joy to hear live for the first time – I’m glad Tom’s pink ukulele got a chance to shine.

Manchester was also treated to a special ‘Strictly’ moment, as of course Tom is competing in this years’ series! His dance partner Amy took to the stage to show off what he had learnt prior to Saturday’s show, and because the BBC was filming it, it was so exciting when the clip of the show was played in Tom’s VT before his performance! I have no doubt that everyone in the arena that night, along with all the other shows of the tour, will be rooting for him to win! 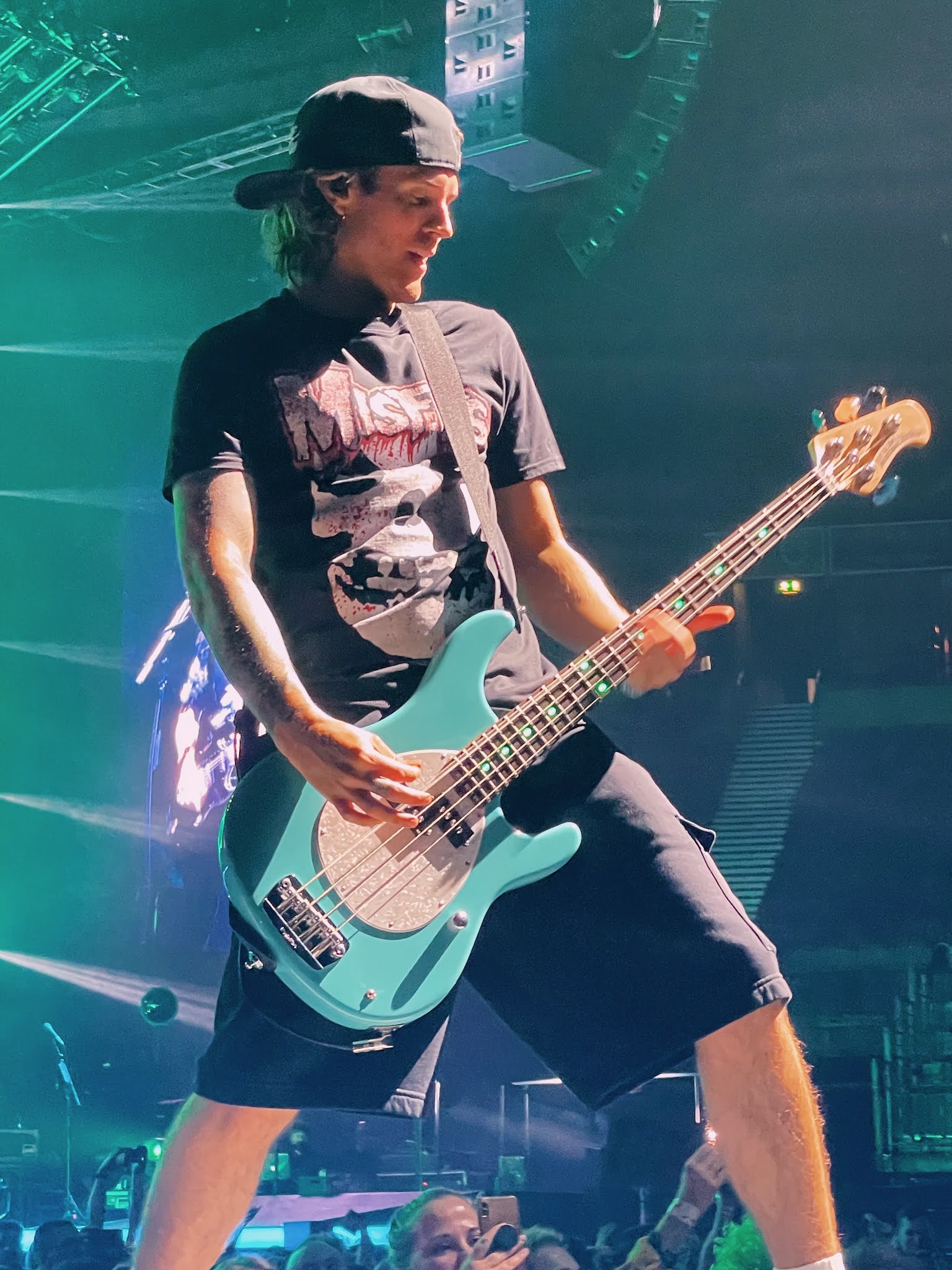 As usual, McFly’s banter was on top form, with Dougie joking about the arena’s new name. Last time they performed there, back in 2015, it was called ‘Phones4U arena’, and he found its new sponsor, AO, much more fun to shout out to the crowd! And, of course, plenty of teasing Danny for being from Bolton, as is always the case at his home show!

The concert seemed to go ridiculously quick, and suddenly the encore came around. The Heart Never Lies was a great choice – there’s no better feeling than when Toms sings ‘McFly’s here forever!’. Five Colours in Her Hair and All About You were the last two songs played, a classic way to end their first tour in five years. 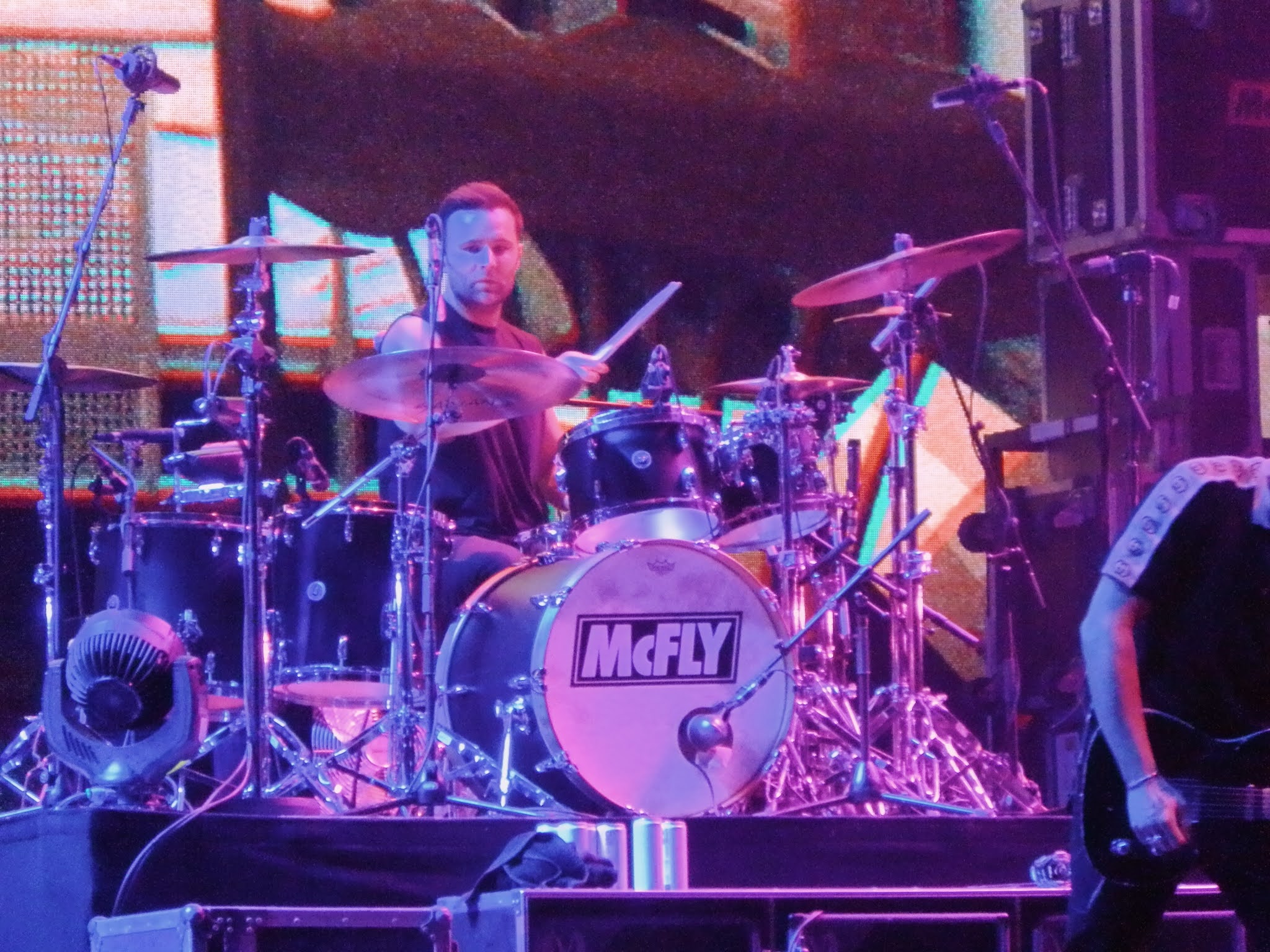 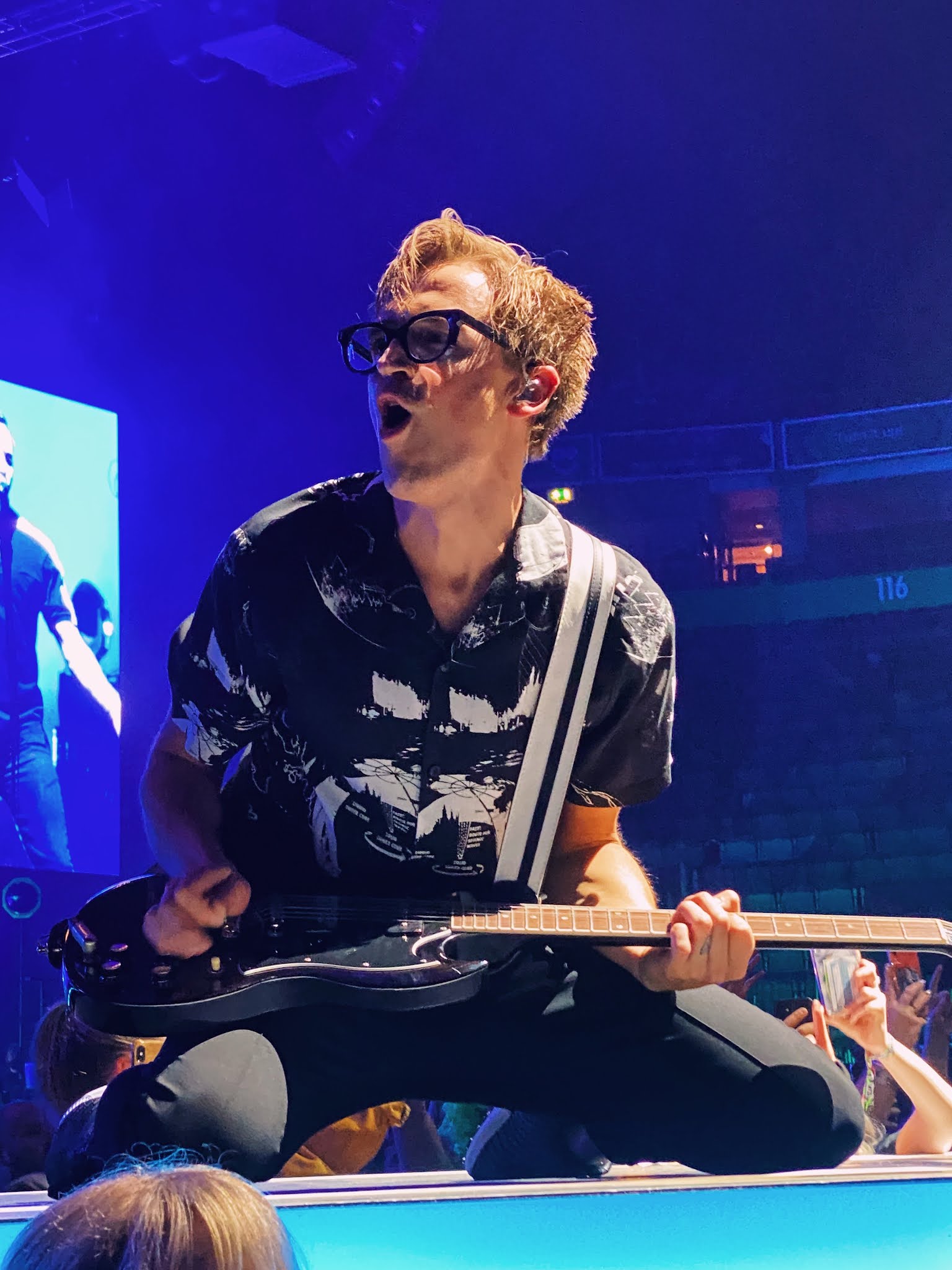 Despite having not toured for such a significant amount of time, McFly have certainly retained the live magic their tours always have and I have no doubt that they were back for good this time; how could they not be, having received such an amazing reception on tour?! My first concert in over eighteen months, it was brilliant to see the arena back up and running again too.

Read my review of the Young Dumb Thrills album here